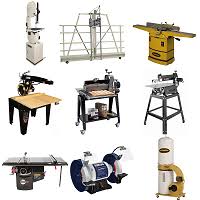 Along with your portable power tools, you’ll probably eventually own a few floor-standing or benchtop stationary tools. The design and function of these machines will improve your woodworking in various ways. For one, most stationary tools are outfitted with larger motors that are designed for rigorous or even constant use. Tables, bases, and important frame components are made of cast iron or heavy-gauge steel, which helps to damp vibration and create a sturdy platform to work from. The guides and fences on tools such as table saws, band saws, and drill presses will enable you to do more precise work than you can accomplish with portable power tools. Some functions of stationary tools, like resawing, simply can’t be done with portable tools.

Just as routers offer a degree of versatility unmatched by other portable power tools; table saws deserve similar accolades among stationary power tools. A table saw will allow you to make rip and crosscuts, cut miter and bevel angles, and mill scores of different woodworking joints for your projects. About the only cutting functions you can’t accomplish with a table saw are curves. 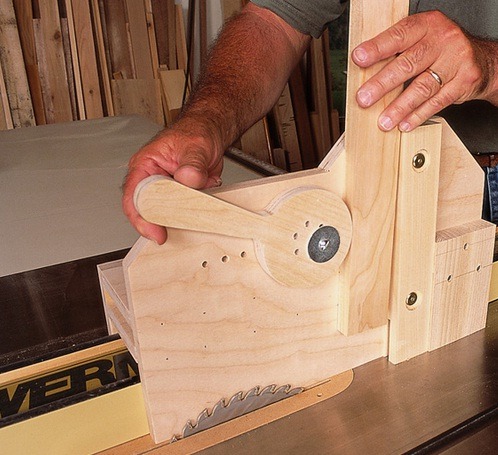 Table saws can he grouped into live general styles. From smallest and least expensive to largest, the various types of saws are bench top saws, contractor’s saws, cabinet saws, and an emerging mix of hybrids and multipurpose machines. For a tool that performs a fairly straightforward number of tasks, its remarkable how many different models and varieties of table saws exist, in a range of prices and levels of quality. Choosing the right saw takes some honest assessment on your part. Your decision should he influenced by several factors, and key among these is saw performance. Think about the range of cutting tasks YOU typically do now and the kinds of advanced operations you might like to explore in the future. If remodeling jobs and light-duty woodworking arc your fare, a lower-priced table saw might be a good fit. Budget-priced machines from any reputable manufacturer are powerful enough to rip and crosscut Y4-inch -thick lumber, especially softwoods such as pine and cedar. These machines are reasonably accurate. Since slicing up plywood and 2 x 4s for rough construction is less exacting work than making box joints and tenons for furniture, there’s no sense in paying top dollar for accuracy that you don’t need.

If your workshop needs to travel with you from time to time, a benchtop table saw may be the answer. Lightweight components and small proportions make it easy to lift into and out of a trunk or truck bed.

On the other hand, if you plan to pursue woodworking as a serious hobby or an eventual vacation, buy a table saw that will grow with you. Furniture building and cabinetry demand more versatility and accuracy from a table saw than making simple rips and crosscuts for remodeling or basic woodworking. Cutting through thick hardwood and spinning dado blade sets or molding heads also requires a saw motor with plenty of muscle. To cut precise furniture joints, you need a saw that holds its tubing, runs smoothly, and allows work pieces to be guided accurately against the rip fence and miter gauge.
To help choose the saw that’s right for you, here’s an overview of Benchtop table saw styles from which to choose: 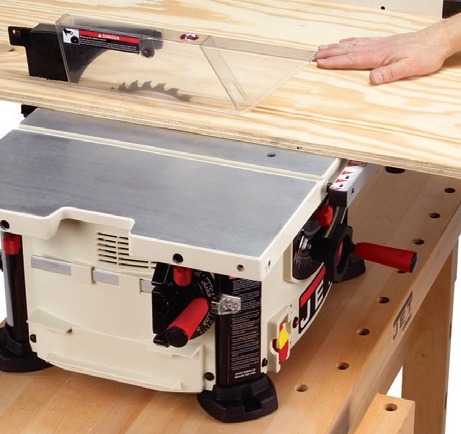 If you’re an occasional woodworker or looking for a table saw to tackle light- to medium-duty cutting tasks, a benchtop saw might be the perfect machine. These saws could also be the right choice if your workshop amounts to what you can carry in a truck bed or fit underneath a workbench. You can tuck a Benchtop saw into the same space as a full-site microwave.

All benchtop saws these days have aluminum tabletops, and most have integrated extension wings. Table dimensions vary, but typically they are about 20 inches deep and 26 inches to 36 inches wide— about a foot shorter in both dimensions than larger saws. Benchtop saws have lighter-duty internal components made of pressed steel or cast alloy instead of iron. Blades mount directly onto the end of the motor’s armature shaft, which is threaded to receive an arbor nut. In a sense, this direct-drive configuration makes Benchtop saws function like inverted circular saws. The hand wheels raise and lower or tilt the motor, just like the shoe on a circular saw. The bases on these saws are usually sheet metal or heavy plastic.

Lightweight components and smaller table dimensions make Benchtop saws attractive to contractors who need their saws to be portable. In fact, most Benchtop saws weigh just 50 to 75 pounds, so they’re easy for most people to lift and carry without help. Motors on these saws are the universal type, just like routers, corded drills, and other handheld power took. Universal motors take up less space than the larger, heavier induction motors that come with bigger saws, so they fit neatly into small saw bases. These power plants develop short bursts of respectable horsepower—up to 2 horsepower in some cases—and draw around 1 5 amps at the plug.

Features to consider in benchtop saws.

As far as cutting capacities go, nearly all Benchtop saws accept standard 10-inch-diameter saw blades and offer a 3-inch depth of cut at 90°. Buy a saw with a 5/8 inch diameter arbor. Some Benchtop have 1/4-inch-diarmeter arbors, which limits your range of blade options to mostly what you can find for use in portable circular saws. Choose a benchtop saw with an arbor that’s at least 1½ inches long so it can accept dado blades as well as standard saw blades. Dado blades greatly increase a saw’s versatility.

Not long ago, most Benchtop saws came with low-quality rip fences that were difficult to align and adjust. Miter gauges were outfitted with flimsy, under-sized heads and crude protractor scales. Now most Benchtop saws conic with precision rip fences and improved miter gauges. Other attractive features on pricier saws include rack-and-pinion table extensions that extend the tabletop [or wider ripping, left—tilting arbors, and provisions for improved dust collection. Not all Benchtop saws have better components, so beware of budget— priced saws, especially those sold by lesser-known tool manufacturers 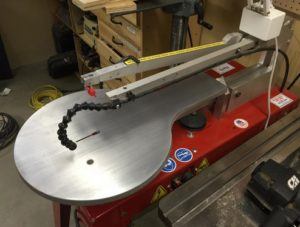 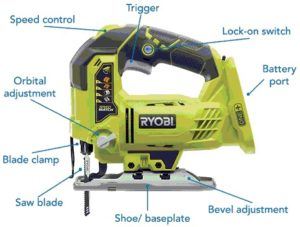 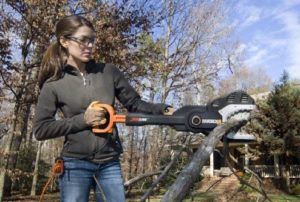 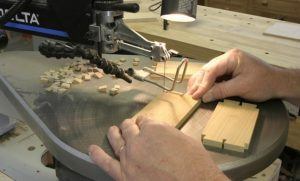 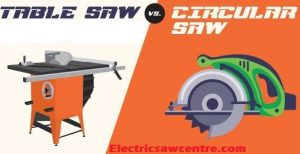 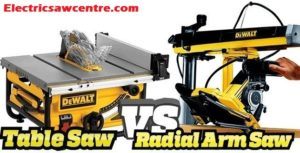 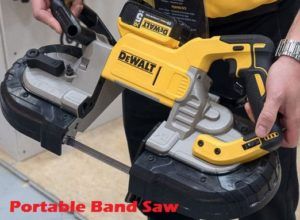